SPSP participated in the in-Kingdom Total Value Add Program (IKTVA) Forum and Exhibition which was held at Dhahran Expo on February 24-25, 2020. IKTVA is a program created by Saudi Aramco to baseline, measure and support increased levels of localization in Saudi Arabia.  IKTVA also offers a platform for collaboration and engagement between companies in the energy sector supply chain.

During the exhibition, SPSP signed several training contracts and agreements with some of the biggest companies in the energy sector. SPSP signed a training agreement with International Maritime Industries (IMI) to train and hire 450 young Saudis to fulfill IMI’s goal of operating the largest marine industrial complex and create jobs for Saudi youth.

SPSP signed a training contract with Schlumberger to train and hire 300 young Saudis in-line with the company’s strategy to develop young Saudis.

SPSP also signed a contract with Arabian Rig Manufacturing Company (ARM), which is a newly formed joint venture between NOV and Saudi Aramco, to train and hire 120 young Saudis.

IKTVA forum and Exhibition was a huge success as it attracted 468 investments from 25 countries with an estimated capital expenditure of $6.5B, resulting in 44 industrial facilities completed to-date, with another 64 facilities under construction. These investments contribute to building an integrated Saudi supply chain and bringing new capabilities to the Kingdom. 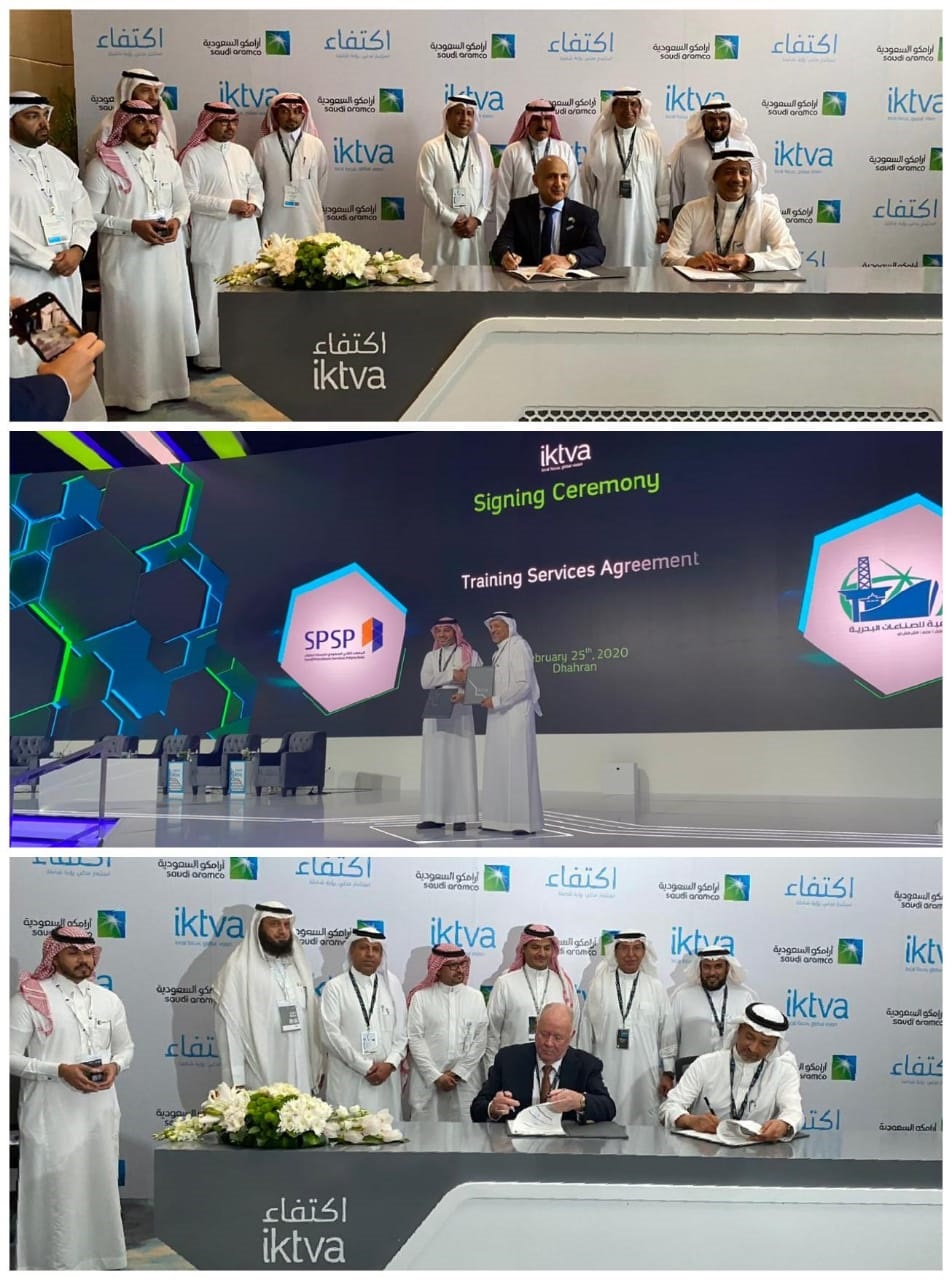